Back to all people 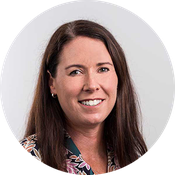 Chair of the Diversity of Thought and Nominations Subcommittee

Amelia is a Member of the Institute of Directors.